3 Things You Should Know Before Learning A New Language 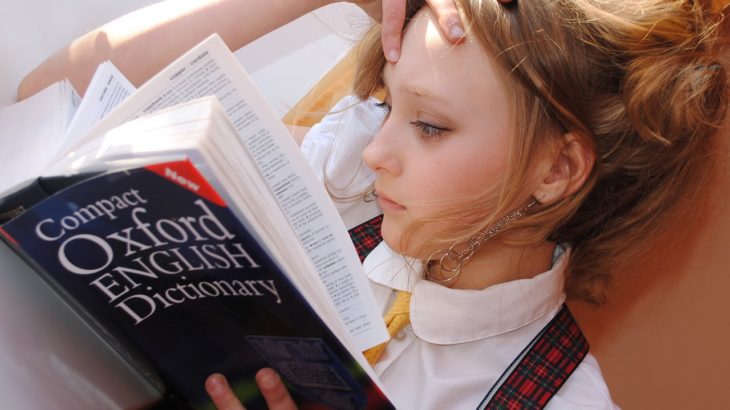 Today, our world is getting smaller than ever, getting more international.
When you post your feeling or your photo on social media, it will reach to the people who live in the opposite of the Earth, and instantly you can get their reaction for what you posted.
Internationalism is seen in the field of tourism as well, especially in EU countries : you can fly to Barcelona for a beach party, to Rome for a historical excursion, or to Paris for “amour”. You don’t need your passport to pass the border and you can even do a day trip from one country to another thanks to cheap and good flight network.

If you able to speak English, you won’t have any difficulty during your travel because there’s always somebody who can understand you, so literally, you can go everywhere!

That’s why some people actually think they just need to learn English if it’s not their mother tongue. Yeah that’s fine.

Although, I have been working in the teaching field (Japanese and French) for 4 years and with my experience, the world is not as simple as that : There were more and more people who were interested in other languages like Japanese, Spanish, French, Chinese etc…

Each language has its own world, its own way to perceive the world, so I think it’s really important to learn the language if you really want to understand the culture. Just in English, you couldn’t say you get really into this or that culture.

Learning new language will be fun, motivating, and will let you see the world differently, but sometimes the beginners confront to some doubts :

・Don’t know from what to start…
・Reading, Writing or Speaking. Which one is the more important?
・Better to go abroad to learn faster?
・Better to pass the exam like TOEIC, DALF, DELF…?

If you take wrong way, your learning will get pretty hard and it will take much more time.

I actually speak 4 languages and for me it is not something really hard to be able to speak foreign language.

This article is the first volume of “Language teacher’s tips”. I’m going to tell you 3 facts that you need to know before starting to learning foreign language. It will help you be able to speak it with less time!

1. Have a vision for your future with using that language!

The most important thing to learn language is to have an idea about “What I want to do with this language”, from the very beginning, for exemple :

These should not be the objectives for your hobby or your daily life, but should be big dreams that would possibly change your whole life with learning that language.

Language is just a meaning of communication so you have to know what you want to do with your ability of that language. Otherwise, you will be in a maze where you couldn’t find your motivation when one day you are face hard time of language learning.

When I was a language teacher, Japanese was one of the most popular languages to learn in my school, so there were many students especially in beginner level. As the class got more difficult, however, I saw many of them quit learning this language.
I always asked at the beginning of each session of beginners classes why they had wanted to start to learn Japanese, and I found a fact which is really interesting : the students who quit learning in the middle of the way hadn’t had any specific objective that they would have fulfilled with using Japanese, so they just wanted to understand what J-pop singers said, or they just liked the Animes, or…so on.
Anyway the reasons why they started to learn a new language were pretty simple and light, which were not really associated to their dream in the future.

On the other hand, the students who improved their Japanese so much always had same kind of objectives like “want to be an engineer in Japan” or “Want to go to Japan with Working Holiday Visa”, they actually had big dream or objectives for their future with using the language as a meaning.

Of course, you can start to learn a new language with any kind of reason, but you will need to have a bigger objective for your future with that language, because you will certainly have a hard time and you will have to get over it. At that moment, your big objective will help you.

It’s like love. Just love somebody won’t work in the end, you will always need to maintain that love. I can finally say it in the end of twenties!

TOEIC, DELF, DALF…Do you really need it to be able to communicate?

Many students want to get the qualification for their language skill. There are hundreds of language tests that you can prove your proficiency with.
These qualifications are really important to show your ability and language skill to others, with objectivity.

When I was college student, I try to pass these tests as much as possible because I believed it was a good way to motivated myself and to be able to use the languages.

Now I mastered some foreign languages especially in speaking, and I can say that in order to communicate, it is not really important if you have the qualifications of this or that test.

I know some people who have good score on TOEIC and they are able to read and write English perfectly, but when I heard they speak in English, it was not at all at the same level of their writing/reading. Some of them had a fear of communicating in English because they didn’t have self-confidence.

My question is, “Why they aren’t capable to communicate in a real conversation while they learned English for a long time and are able to write and read well”

We use the language to communicate, reading and writing are optional.

Above all, any kind of languages should be used as a meaning of communication, and it is basically aimed to be used in a verbal communication.
As our society developed, we needed to visualize this invisible verbal language so that we invented the letters and today all of us are in need to be able to understand and write them in order to live as a member of our society.

This development of the language could be applied to the process of learning a foreign language.

If I take an example about language learning, it could be like “cooking.

We couldn’t be alive without eating. So we are all obliged to eat food in order to take the necessary nutrition into our body. If “to be alive” is the only objective, we would’t need at all to cook in many ways or to decorate the dish well.

I think this is the same thing for the language.

If we just needed to communicate with others about the essential things for our life, like the essential nutrition, we would only need to have speaking ability.
But we can use the language in different ways with writing and understanding it, like cooking or decorating.

So let’s imagine what would happen if we started to learn how to cook well or how to make the dish more beautiful without knowing about food, like how tomatoes taste or which food we need to have a good life. That makes nonsense.

You should be able to communicate with the language.
If you are learning difficult words or studying the grammar in detail, even though you are not able to say what you want to say or you can’t understand what the people are talking about, YOU SHOULD STOP IT!

However, we are not anymore a baby who can learn a new language just with oral communication like the magic. To understand some basics of the language, it’s necessary to read and write it, not perfectly but to some point.


2. Concentrate on speaking at first, you could brush up your reading and writing later!

Second tip I want to tell you is : To study the language with the objective of being able to have a oral conversation.

As I said, you need to learn a bit of basic grammar and some basic vocabularies of every day. But don’t need to learn everything in the beginning.
Different usage of the prepositions or small nuances of two words, reading a newspaper in that language…Do that later.

You should think these two objectives if you are a beginner of that language.

After being able to have some simple conversation, you can go to the next step like trying to learn the grammar deeply or learning new vocabularies which will enrich your expression.

Although I was saying “Conversation skill is the most important thing for languge learning!”, I’m not against the people who challenge the language qualification tests.
You could know your language level clearly and it could motivate and give you some confidence.

But you must not put these tests as your objective of learning language.

Don’t take them too seriously.
“I’m able to speak quite well so why not trying a test to see how it goes?” just think like this.
And if you failed, you would feel as if all of your efforts were refused and nothing. It’s quite hard if you feel like this.

In short, to start to learning a new language is not really a hard stuff.
As I said, you don’t need to care what exactly the reason you want to learn that language.
If you like that language or the country where it’s spoken that is a good reason to learn it.

However, the language you learn will become your best friend of your life, and you will need more than “you like it” in order to continue to learn it.

Put your objective in a good way, and you can keep the motivation and can learn it efficiently

Read this article in other languages

Japanese-French teacher and translator who lived in France and Québec, Canada.
In 2018, he started a new life in Lisbon, Portugal.
Language, travel, and food in the world are his passion.