Are you in a foreign country? Have you ever faced culture shock there?

When we live abroad for a long time, we should completely change our habit, our mentality and our attitude for the culture of the country where you are, and sometimes it surprises us how our mind or our way of thinking has been changed, without recognizing by ourselves.

In this article, I’m going to tell you the 10 things that I quit after my 8 months of stay in Portugal. Maybe you could get some ideas about how in reality it is to live in Portugal. (I’m from Japan, which has very different culture from Western countries, so the difference that I found could be bigger than yours.)

1.  Being frustrated while I’m waiting 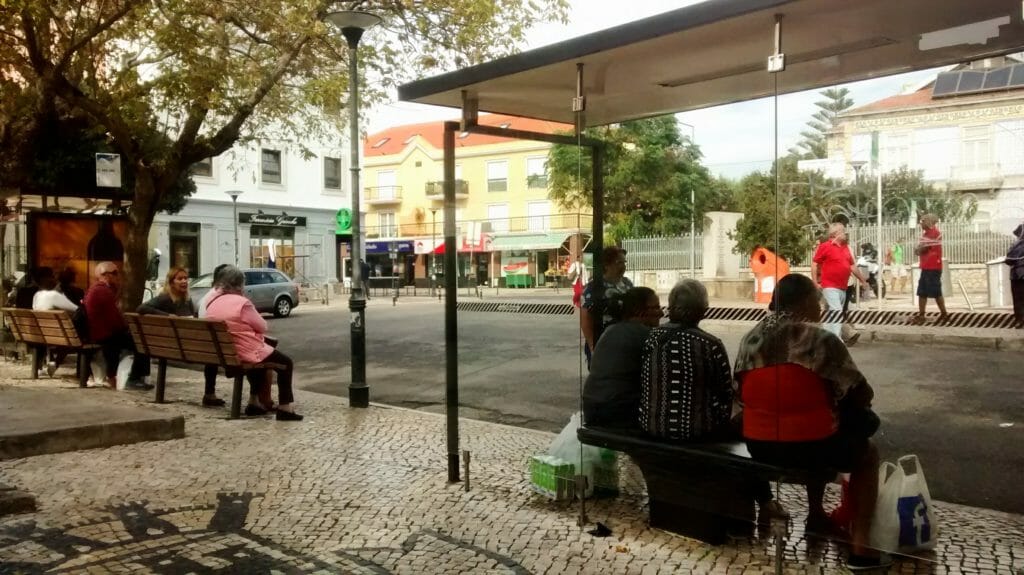 First thing to know, we have to wait for ANYTHING in Portugal. Doesn’t matter what we want to do, we have to wait. At the immigration office for paperwork, at the restaurants, at the cash desks in the supermarket, at the bus stops, etc… It takes ten times much time than normal for everything, and nobody knows why.

In the restaurant, it’s pretty usual to wait 5 mins to get the menu, another 10 mins to place the order, and 20 mins again to finally have the dishes… Sometimes the waiter comes back to the table to ask the order again because he forgot it. Oh my God.

At the supermarket, nobody knows how to be efficient. Neither customers nor workers. It takes a thousand years to just buy a bottle of water. I’d like to know why it takes crazily long time just to put the stuff into a bag.

Which is really incredible about this situation, is that nobody complains about waiting such a long time. They are used to it. We never hear somebody sighs deeply while we are waiting for our turn in the long queue at the cash desk.

The employees in the supermarket in Japan, you are really awesome. Your quick and efficient service is almost that of the robots.

But yes, here it’s Portugal. we must accept that people have Portuguese rhythm. I changed my mentality at the certain moment and it does’t bother me too much anymore to wait for. Thanks Portugal.

There’s one thing I want to say concerning this : when we turn our head towards the beloved neighbor, Spain, we would be surprised at how rapidly and efficiently Spanish people work, so we don’t have opportunity to wait longtime. This difference between these two countries just next to each other is remarkable.

But for me personally, this Spanish-style efficiency ended up making me a bit tired. Because I felt kind of obligation to be prepared for getting rapid service, especially at the moment of ordering in the restaurants. (I had to know what I wanted to eat before I took a seat because the waiter came 2 seconds later.)

When I finally came back to Portugal, I found my peace of mind. 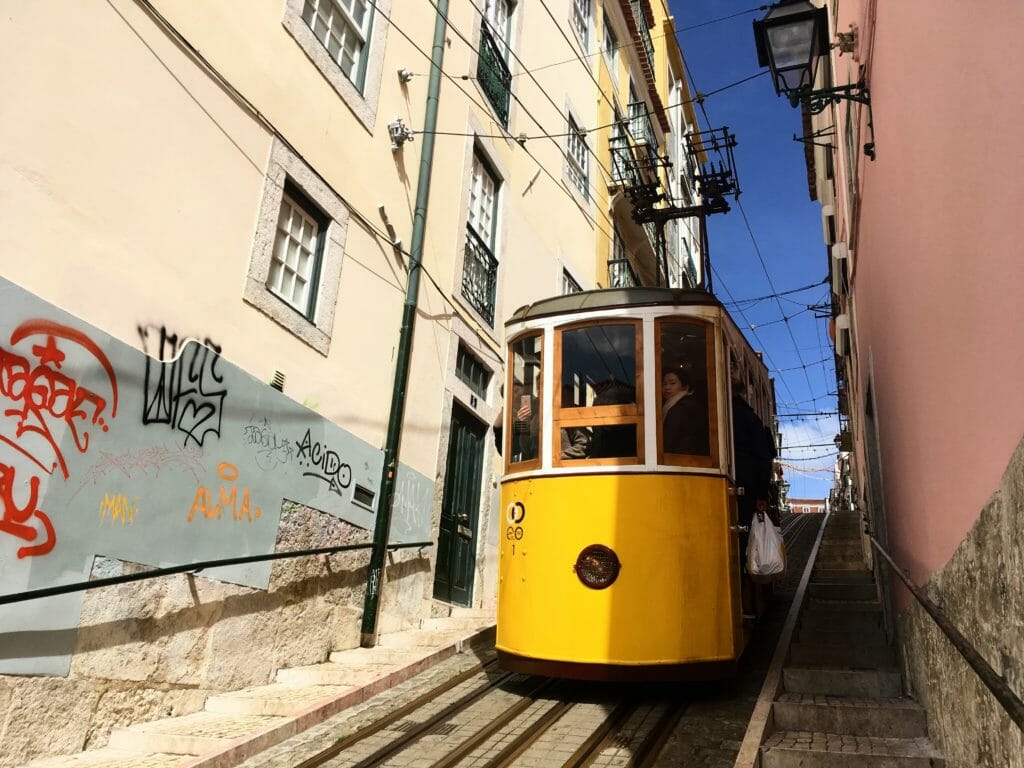 It’s a bit similar to the Portuguese rhythm that I’ve talked about above, the public transport in Portugal doesn’t make any sense. Never arrives in time, yeah especially the buses!

With 20 mins’ late, we can finally see the bus that you want to take, arriving with the next bus behind. What could we use the timetable for if this happens really often? I even saw once 3 buses coming at the same time.

However, Portuguese wait for the bus without complaining. They are professionals for waiting.

So that’s why I quit checking timetable of transport and now I don’t even take the bus : I walk. Obviously it’s faster in most of the cases.

Today we can eat good sushis anywhere in the world. As Portugal is surrounded by the sea, the quality of sushis here is really good and the price is really cheap. (like 4 euros in a take-away box, 7 euros for All you can eat) But if we talk about Ramen – Japanese noodles that we Japanese are crazy about, is not the case.

For Portuguese, “noodles” signify “Chinese woks” and nobody knows Ramen.

Actually I found Ramen in a “Asian” restaurant after my hard research on Google, but it wasn’t at all which I had expected to have. It cost me 14 euros just for a bowl of chicken-based soup with white noodles which I barely had any idea about what they were made from. I don’t say the name of the restaurant but please stop doing bad imitation.

After these kinds of experience, I finally have no desire to eat Ramen and I’ve started forgetting what it was. 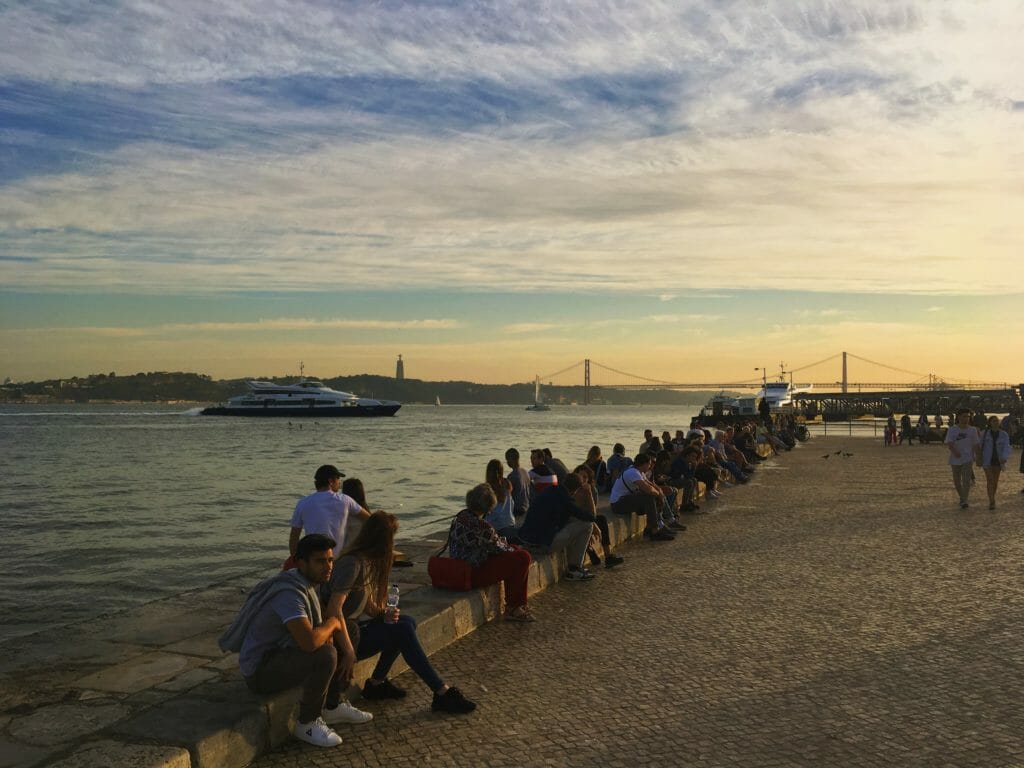 In Portugal, it never rains in summer. That’s not a joke, NEVER. There isn’t even summer thunderstorm which we have often in other countries and which is difficult to give accurate prevision. So we don’t need to check the weather every morning, that’s really cool.

On the other hand, the weather is really unstable in winter time. It doesn’t snow in Portugal but it doesn’t help to give an accurate weather forecast because there’s cold rain shower and warm sunshine coming alternately on a same day. That’s nothing if we check the weather forecast, we just have to bring always a folding umbrella with us. 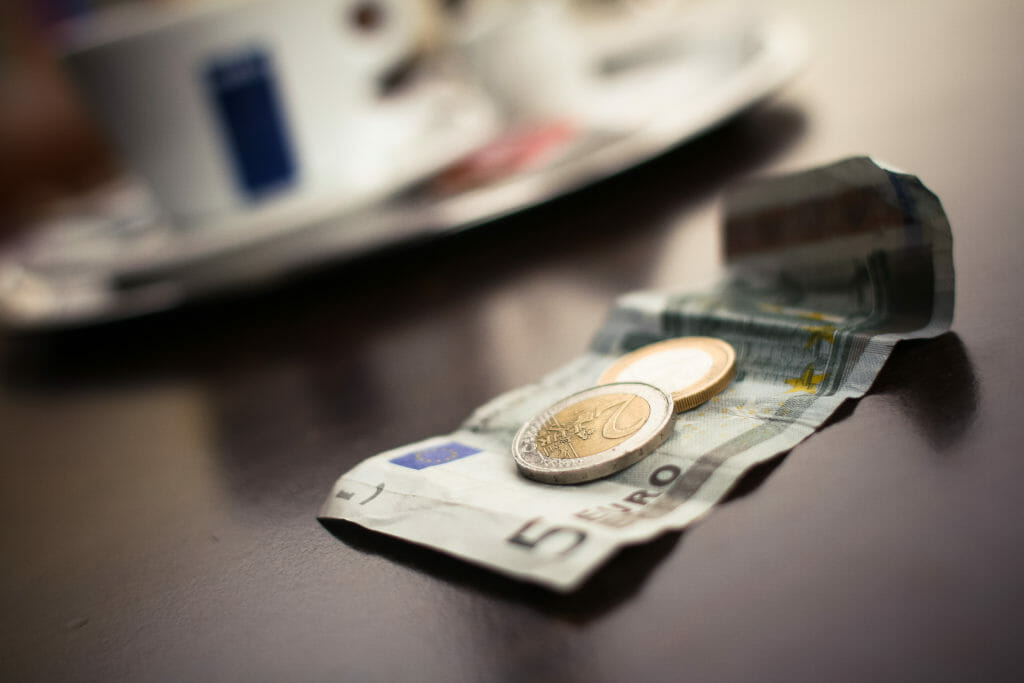 when I started living in Portugal, it was really surprising for me that they didn’t really have tip culture. The low salary and absence of tips… Here the life is hard.

And I had been in the middle of the tip culture in Canada (15% of tips almost mandatory) so in the beginning, I couldn’t get what I had to do and sometimes I left some tips but finally I get used not to do it. Cheaper is better.

you could maybe imagine my feeling when I saw an American tourist in a bar who left 1 euro’s tips for his glass beer which cost 1 euro. That’s not a good idea, you can take another beer with it, men!

In fact, we can’t expect good service which would deserve to get tips in Portugal, especially in local restaurants.  Even though the waiters do their job, they are not really welcoming, putting your dishes on the table almost throwing them without any communication and we have to wait long time to have our dish.

If we find a restaurant which is not like this, it is for tourists. Nobody expects having great service in the restaurant but just having a good meal.

6. Waiting for someone to take a seat in the restaurant 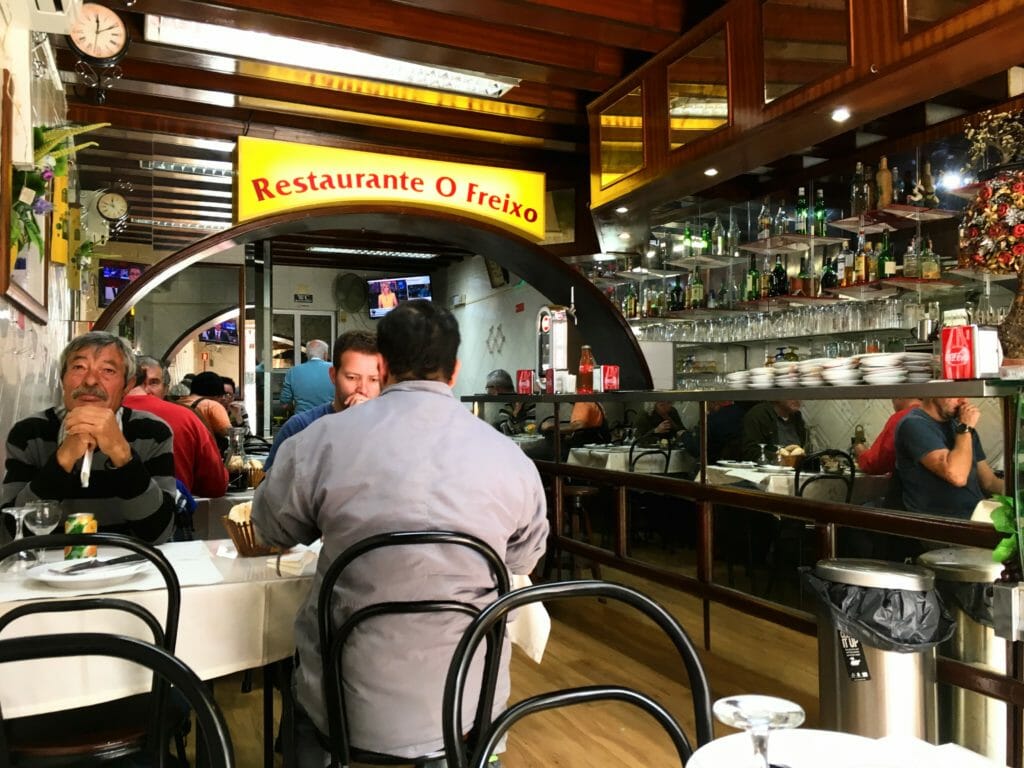 As I grew up in the country where the communication at the entrance of restaurant is considered very important, and where I couldn’t take a seat without saying hello (I think in many countries it’s more or less like that), restaurant culture in Portugal is really surprising for me.

Even if we wait for somebody coming to us in the entrance of the restaurant, nobody will come to ask us “Hi how are you? How many persons?”.

Even though we enter directly inside and we say “Hello, its to eat!”, the waiter will say “What are you doing there? Take your seat wherever you want” without any smile.

When you go to a local restaurant in Portugal, you just need to enter directly inside and take a seat. That’s normal style here, but remember that it will take time to have a menu, your drinks and your meal… 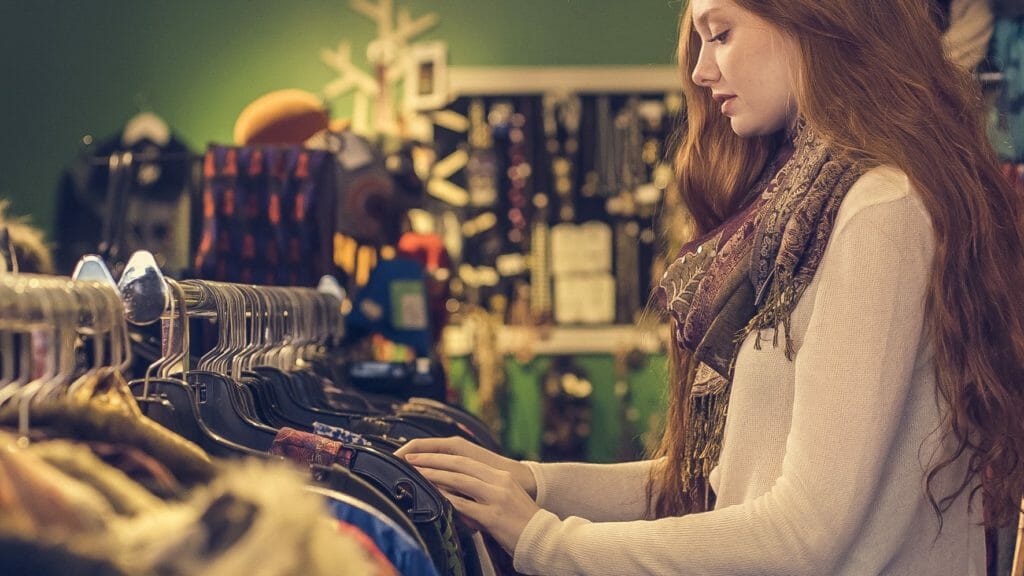 In general, Portuguese people dress very simply and modestly. If you’re in a chic dress of Parisian style, you will get attention of the people.

When I traveled to Spain from Portugal, I was shocked that the people on the street are dressed so beautifully. I could tell immediately which one is Portuguese even when I’m in Madrid because of the way of dressing.

And I found in Portugal there’s many people who wear yellow clothes. Is it maybe the mode? 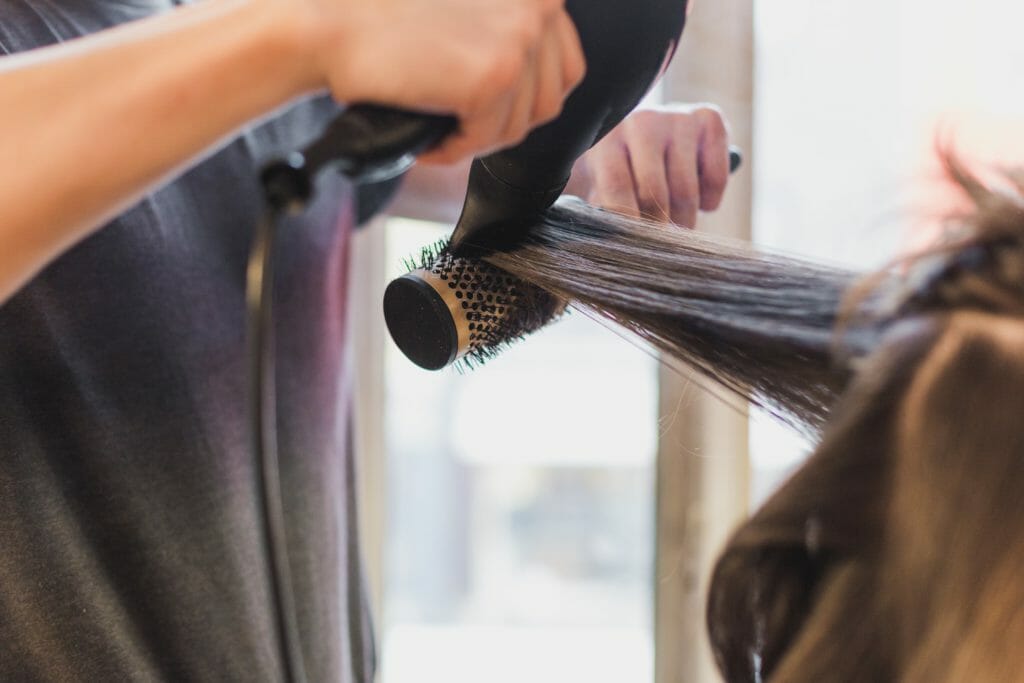 I realized that using hair dryer is waste of electricity and time.

As the air is dry in Portugal, our hair dries so briefly and clothes as well. Welcome to an eco-life!

Here in Portugal, the people using hair dryer are the minority because of its hot weather, and I wonder the dryer for clothes doesn’t even exist. That’s why we can see a beautiful contrast of Lisbon’s historical narrow street and panties of old woman which is waving above. 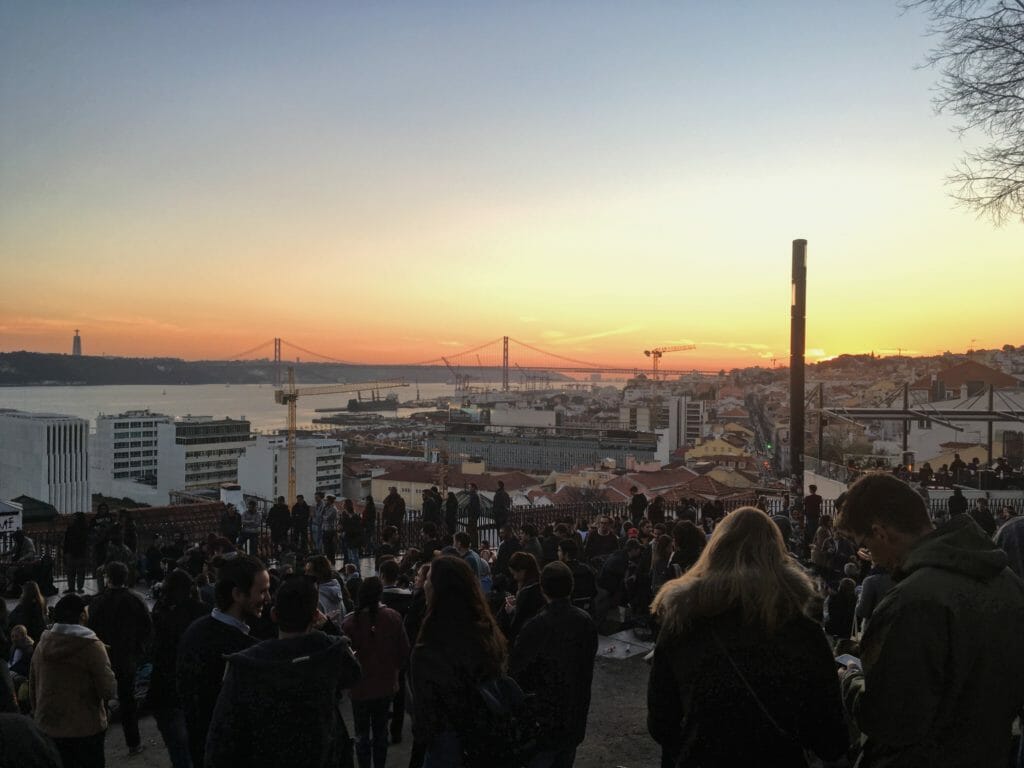 Many tourists imagine steep and narrow streets and old tramways running on them, when it comes to Lisbon. For the people who live in this city, however, these things are something to avoid. It’s a torture to go up and down every day these steep streets where the cars pass by just next to you, and also to take the famous tramway which is always full of tourists.

That’s why I never went to Lisbon downtown after some months of my life in Lisbon. Out of the downtown, there’s not so many slopes and it’s easier to find supermarkets, to go to shopping center, etc. In addition to that, the room rent is much cheaper there. 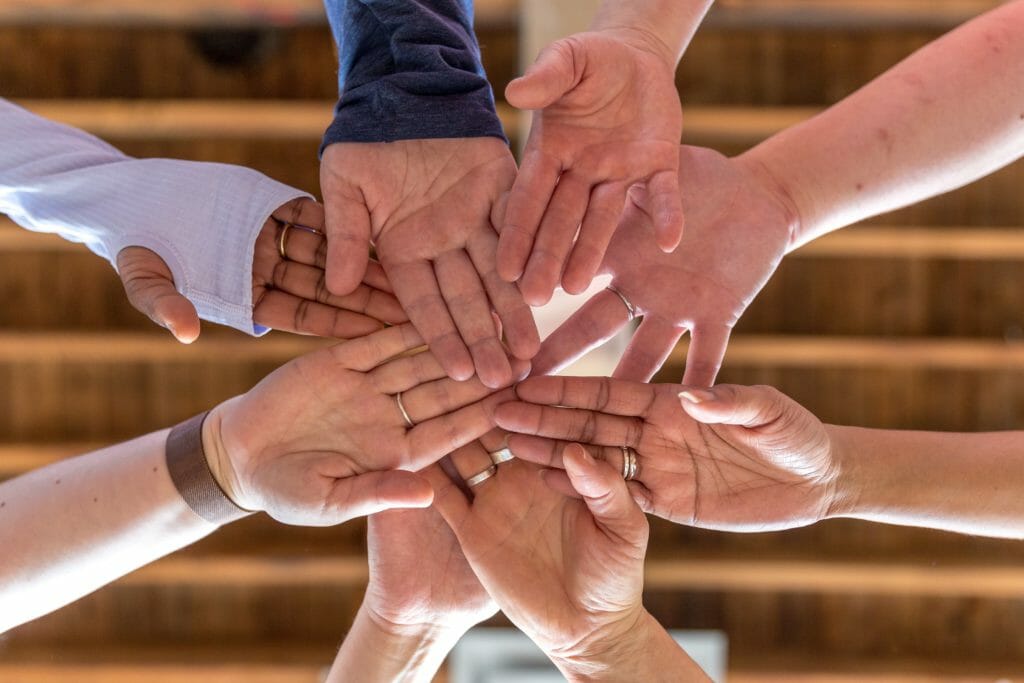 Even if we are in a foreign country to have an another life from our country’s, we miss sometime speaking our language, and eating our food with the people who share the same culture.

That’s the same thing for me but… there’are really few Japanese in Lisbon. I don’t even see often the famous Japanese tourists in a big group, who follow quietly their tour guide with a flag in his hand. Can you imagine how few the Japanese expatriates are?

There’s so few restaurants which are managed by Japanese as well, for example. When it comes to Japanese communities in Lisbon, it’s impossible to find them even on Meetup or Facebook.

In Portugal, we could have a very different life from that of in Canada or Australia, where we can easily meet Japanese guys and can easily find their communities. It’s an awesome thing that we could have a total immersion in an another culture as well as learning the language, but sometimes it’s a bit difficult…

In addition to that, It seems to me that Portuguese are not so interested in the foreign cultures. They live their lives. It’s rare to meet the people who are crazy about Mangas or Animes, like who we often meet in abroad.

To live in a foreign country, it’s very important to understand the culture of the country where we are, and to accept the difference. I think it is the change of our mentality or the way of thinking that will make our life richer, rather than the language skills that we acquire.

Living in Portugal for a long term is a bit hard in my opinion. It would take time to accept the culture differences, but Portugal is a perfect place to have a stress-free life with its mild climate and its relaxing rhythm of life.

I would like that more Japanese people are interested in this beautiful country and come to live here.